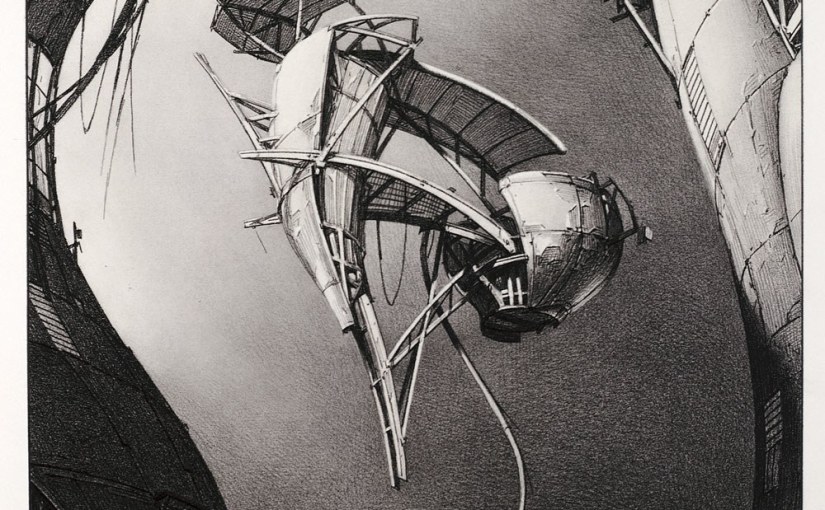 Lebbeus Woods, renegade architect, someone who threads his politics into his designs and appreciates one essential fact of human existence, how we organises the spaces in which we live is not a mere aesthetic question.

He is an architect of the dreamscape, floating cities, underground urban sprawls, his fantastical designs are an imagination builds free from capital and money and limited only by human capacity (though maybe also limited by the laws of physics, we shall have to see…)

Written in the context of the Yugoslav war in the early 1990s. He was invited to Sarajevo in 1993 to design a Electrical Management Building but ended up spending most of his time redesigning the whole city, hoping to create a future vision of a world where there was no more ethnic conflict or division. He wanted to start from the design of the city itself as a means to that end. 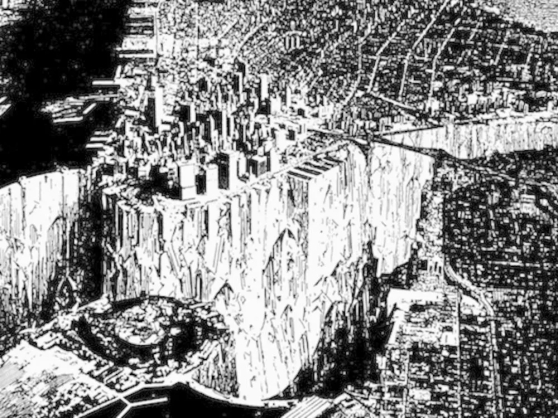 I am at war with my time, with history,
with all authority that resides in fixed and frightened forms.

I am one of millions who do not fit in,
who have no home, no family,
no doctrine, nor firm place to call my own,
no known beginning or end,
no ‘sacred and primoridal site’.

I declare war on all icons and finalities,
on all histories that would chain me with my own falseness,
my own pitiful fears.

I know only moments, and lifetimes that are as moments,
and forms that appear with infinite strength, then ‘melt into air’.

I am an architect, a constructor of worlds,
a sensualist who worships the flesh, the melody, a silhouette against the darkening sky.
I cannot know your name. Nor can you know mine.

Tomorrow, we begin together the construction of a city.”