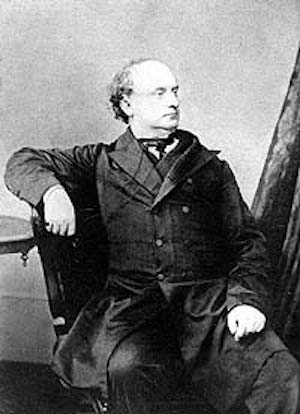 An account of the Chartists preparations for the mass gathering on 10 April 1848, when they intended, arms in hand, to march on parliament with a petition from the people to demand the implementation of their Charter for greater democracy.

A few days before the mass gathering a Mr Fussell, a delegate to the convention, gave a speech “of some considerable length” on Kennington common to rally local people for the forthcoming events. The Northern Star reported that there were several thousand present, noting pleasingly that the “new-comers were of a more respectable grade.” Fussell was at pains to point out that – contrary to newspaper reports – the Chartists wanted to maintain order and that all property should be respected. Nevertheless he went on to lambast the Bank of England “an unjust and oppressive monopoly” and argued that the profits currently enjoyed by the shareholders should go to the state. Turning his attentions to the clergy he derided them as “the most bloodthirsty interest that ever surrounded the throne” and demanded that their lands be confiscated any the government and “applied to the support and moral instruction of the people.”

Ernest Jones then took the platform to say he backed the demands but that the government was unlikely to grant them, given as it was made up of representatives of the aristocracy and the gentry. Instead the people must form their parliament, their own legislature and their own executive. The Chartist paper notes that this proposal was met with cheers.  “If parliament grants us redress it will not be due to the love which parliament bears us, but from the fear they have for us.” [hear hear]

Ernest Jones then turned his attention to some critical views on the comments by his comrade Mr Fussell. “We have been told that the physical force of the country is against us. That is simply untrue. We are the millions, our oppressors the few. The bludgeon men against against us, but they are few in number. I do not believe that the soldiers are against us, they come from us, they are the sons of the poor too. They are the friends of the working class, they belong to the same order as ourselves. And after all the Charter would be the finest thing for the soldier. Under the Charter the soldier will not be entrapped into shrive by the pitiful cheat of giving him a shilling while in a state of intoxication, as is all too common.

The Charter will do away with his compulsory period of service, and as every soldier has enlisted in the service of the throne and the altar, the throne and the altar will be made to give him his reward, in the shape of a cottage and four acres of crown or church lane whiner he quitted the service in credit to himself. In addition the Charter will not restrict promotion to officer posts only to the dandy aristocracy. Under it, any soldier who acquits himself well might be placed on a par with Field Marshal Prince Albert. [Laughter and cheers].

And already we have achieved much. The working classes throughout their fortitude and campaigns have reduced the number of lashes to only fifty, and soon will do away with the cruel practice of flogging altogether.”

Jones said that the petition they were there gathering was the last petition that working men would ever have to present to the House of Commons. The Whigs had until the 10th April to comply with the six demands of the Charter. The procession on the 10th would be peaceful, and the crowd would disperse peacefully to give the government time to consider, but if they had to go to the House a second time, then they would go in arms. [Cheers and sensation]. Let the government have their day of grace to deliberate on the people’s demands, but if they were such political madmen and social maniacs as to refuse the people’s prayer, then, as political lunatics, the people must confine them in their political Bedlam. Let the government not try the game of physical force, lest physical force be turned on them! If the government refuse the Charter then the people will demand a republic! The men of London are as good as the men of Paris, the men of Milan, or the men of Berlin. But they must prepare, they must march in their division, with military precision. They must have their captains and their officers. With discipline the people would be an army, without discipline, they are a mob. The shopkeepers have their voluntary divisions with their capitalism and their arms and badges on their breasts [Laughter]. If it is legal for the shopkeepers it should be equally legal for the Chartists! [Hear hear].

God speed the Irish patriots – might they throw off the yoke of foreign dominion! The English working classes joined in the prayer for Irish emancipation. [Cheers] The cause of the English working classes is the cause of the Irish people. The Irish residents of this country, by joining the ranks of the Chartists would carry the war into the enemy’s camp- every bow struck in the metropolis of provinces of England would have double the effect of a blow struck in Ireland. I can tell you today that the Chartists of England are eager to charge down from the hills of Yorkshire, Lancashire, and the vales of Northamptonshire, and plant the green flag of liberty in Downing-Street [Rapturous cheering] The men of London are ready to act, the men of the Midlands, the manufacturers of Nottingham and Lancashire, and the agriculturalists of the rural districts replied that, whatever the result might be, they were prepared to aid the men of London. [Cheers] All they need is the signal. When the brilliant rocket shot like a star into the heavens, the bold and brave of their country would rise and the corrupt of  every class would sink.

Be brave and prudent and you will be victorious.”